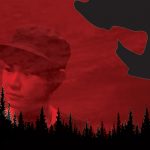 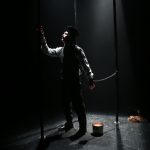 “Ms. Jarcho [is] a queen of experimental mayhem… Pete Simpson is giving one of the most unlikely and dazzling comic performances of this season… richly enhanced by Ben Williams’s elaborate, scream-ridden sound design… great, funky costumes by Ásta Bennie Hostetter”
—Ben Brantley, The New York Times

In a creepy little village on the cusp of modernity, kids and their families are stalked by a ravening monster. How do you live with forces that want to destroy you? Maybe by cultivating some dark appetites of your own…