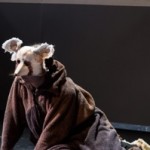 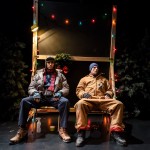 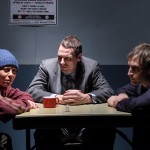 A pair of sinister Christmas tree salesmen have come to wreak havoc on our fair city. A pair of detectives are bent on catching the killer. A young woman finds herself drawn into their cat-and-mouse games and transformed in ways she could never have imagined. Well, maybe she could’ve. Meanwhile, wild animals have been sighted in the vacant lot across the street. Are they dogs? Raccoons? Or something more ferocious?

Written and directed by Julia Jarcho

An Equity-approved showcase produced in association with Incubator Arts Project as part of the 2013 Other Forces Festival, New York, January 2013;

Grimly Handsome was made possible in part with public funds from the Manhattan Community Arts Fund, supported by the New York City Department of Cultural Affairs in partnership with the City Council and administered by Lower Manhattan Cultural Council.